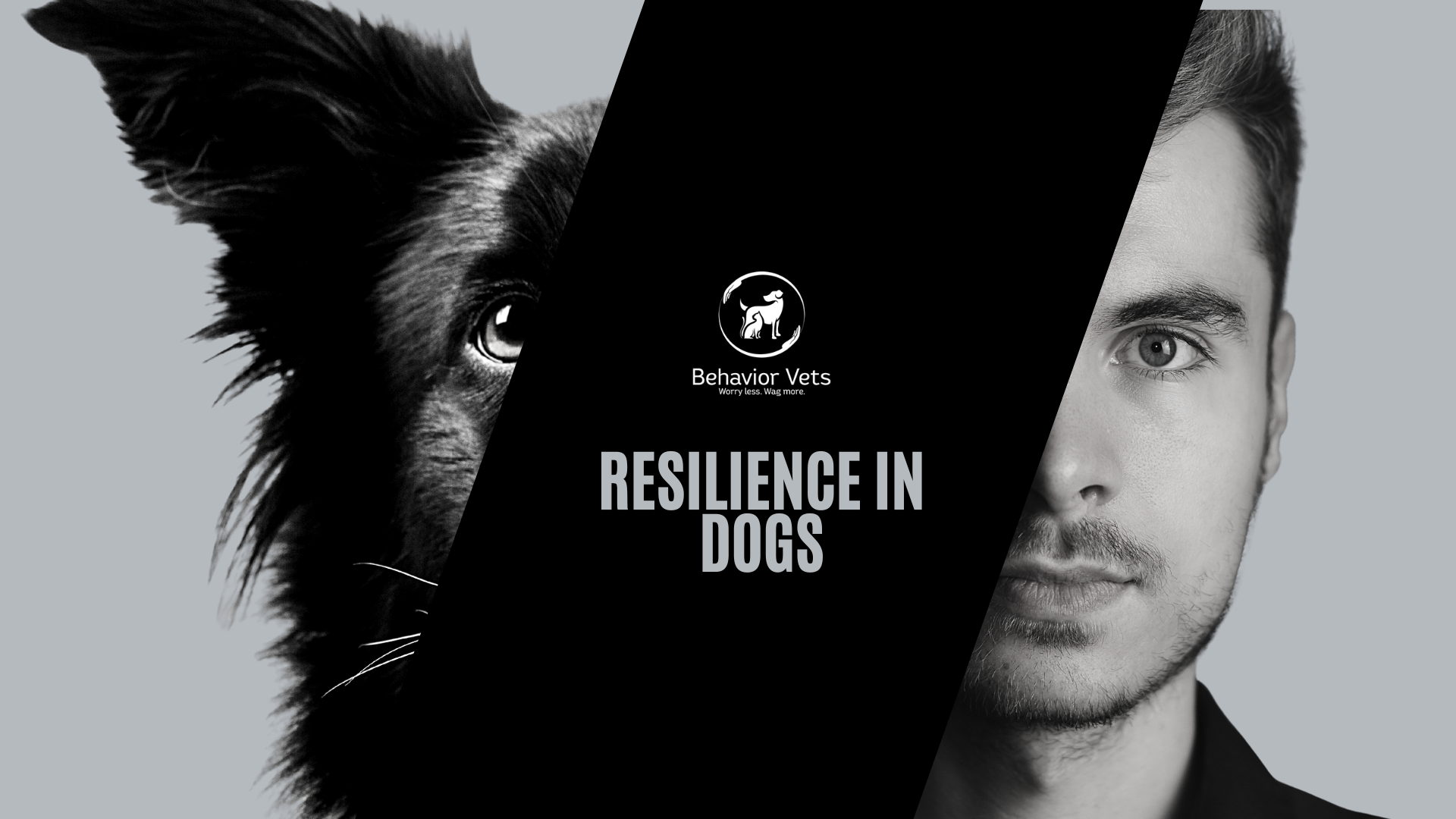 Resilience is the ability to adapt successfully to, or recover quickly from, stressful events, situations and conditions. Resilience relies on effective responses to environmental change, and resistance to the negative effects of stress, therefore a thorough understanding of the factors which influence these mechanisms is fundamental to raising and living with our dogs and other companion animals.

Whether a professional in the behavior field or a competitor of dog sports, we must consider resilience when creating training programs or addressing behavior issues. Most dogs around the world no longer live quietly by the fireside, roaming open spaces, without restrictions; and as society continues to change, our cities get busier and our lives more hectic, it's not only humans that benefit greatly from an ability to adjust and adapt.

Stress and trauma can have a substantial impact on brain function and structure, and can result in the development of behavioral abnormalities. But not all animals exposed to stressful events develop behavioral abnormalities, and those animals that don’t are said to be resilient. So what is different about the way the brains of those animals function, and how can we as carers influence brain function to improve resilience in animals? An understanding of resilience mechanisms is therefore at the heart of being able to effectively influence behavior.

Neuroscientist Dr. Kathy Murphy, Board Certified Veterinary Behaviorist Dr. E'Lise Christensen, and Certified Dog Behavior Consultant Bobbie Bhambree will answer these questions over the course of a two-day seminar, while providing you with evidence-based approaches to assessing and building a dog's ability to adapt, adjust, and recover. This will be an opportunity to look at an important topic in behavior under a multidisciplinary lens. Whether you are an animal trainer, veterinary professional, animal behaviorist or someone interested in dog sports, there will be something here for you.

She graduated from the Royal College of Veterinary Surgeons UK in 1999, initially working in mixed clinical practice before studying for two post graduate clinical qualifications. In 2009 she was awarded a highly prestigious Welcome Research Training Fellowship to study for her PhD, in Behavioral Neuroscience, at The Queens College, University of Oxford, UK. She subsequently worked in the USA as Assistant Professor of Neuroscience and Anesthesiology at the Icahn School of Medicine NYC; and is now back in the UK, where she holds a clinical-academic position as Director of the Comparative Biology Centre at Newcastle University and Director of Barking Brains Ltd (a neuroscience outreach program for the animal behavior and training community). Her clinical interest has always been anesthesia, analgesia, since the age of 13yo and she has recently completed a residency at the European College of Veterinary Anesthesia and Analgesia. In addition to her primary career roles she was Trustee and Veterinary Advisor to the Rottweiler Welfare Association for 14 years, is a founder of Ethics First (a collective which lobbies for ethical decision making in clinical practice), is an Oversight Committee Member for the UK Dog Behavior and Training Charter, sits on numerous National and International boards, working groups and ethical review panels, and most of all loves spending time with her own 4 dogs. 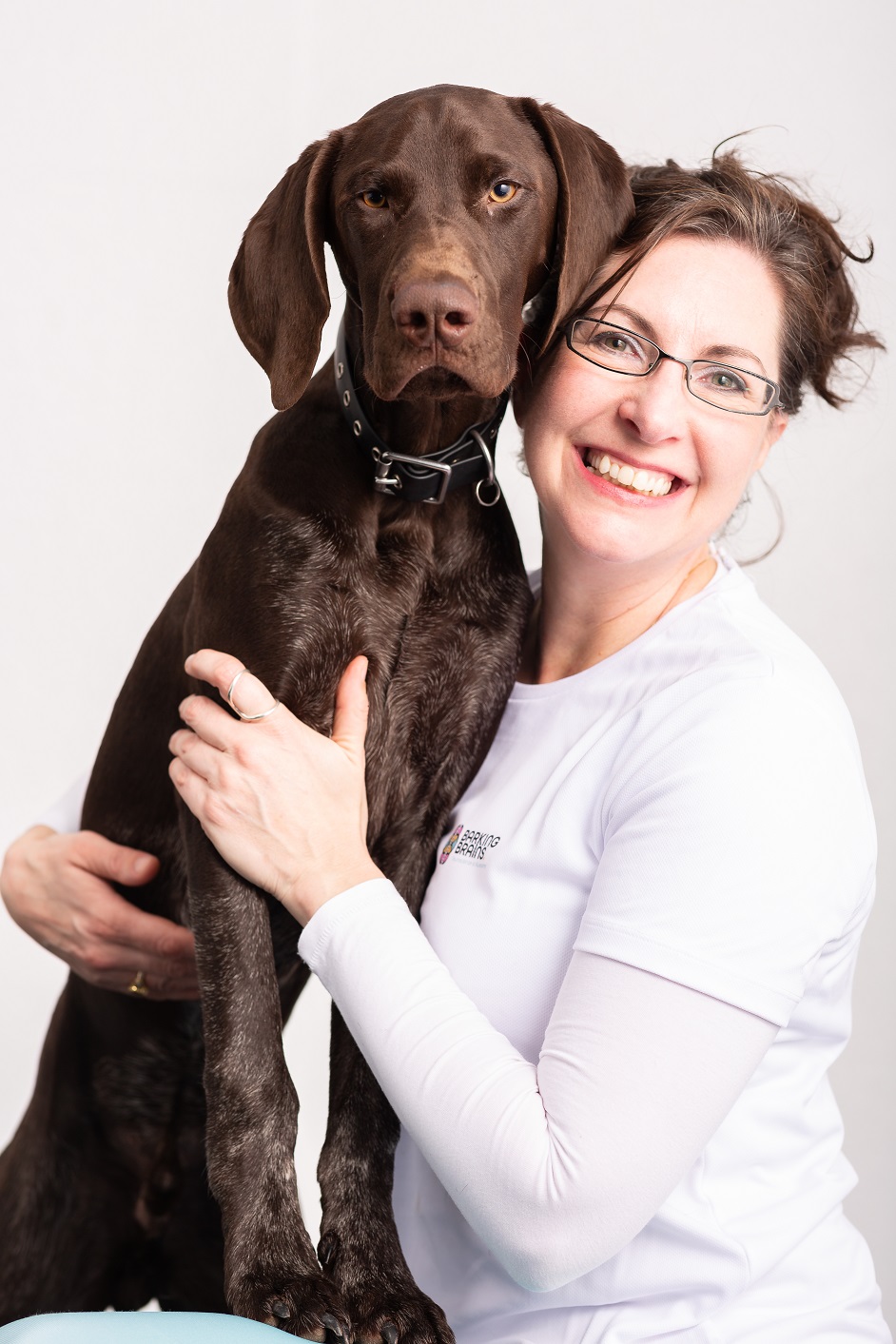 Dr. E’Lise Christensen DVM is a board-certified veterinary behaviorist and an international lecturer and author. Dr. C received her Doctor of Veterinary Medicine from Iowa State University in 2002. She first became interested in veterinary behavior as a high school student when she worked at a veterinary practice and began training animals for pet therapy at a local substance abuse facility. While in veterinary school she researched separation anxiety in shelter dogs, was an assistant trainer at an animal shelter, and studied with numerous board-certified veterinary behaviorists. After veterinary school Dr. C began a rotating small animal internship at SouthPaws Veterinary Referral Center in Springfield, Virginia. While working there she continued her studies in veterinary behavior. She practiced feline-only medicine in Arlington, Virginia and general medicine in Bloomingdale, New Jersey before entering the Behavior Residency Program at Cornell University in 2004. During her residency she researched the behavior of dogs, cats, and horses and treated behavioral problems in a number of different species. Her most cited research involved evaluating the efficacy of canine temperament tests in the shelter system. Dr. Christensen has contributed to articles in Dog Watch, Cat Watch, Cat Fancy, Dog Training Solutions, Real Simple, Newsday, and various other print media. She has been a contributor and guest on Foxnews.com’s “Pet Health” and “Studio B with Shepard Smith”, ABC News’ “Nightline,” and many other radio programs, television programs, and newscasts. She enjoys lecturing nationally and internationally on an array of behavior topics including, but not limited to, small animal behavior, public health and animal sheltering topics. Dr. C is board-certified by the American College of Veterinary Behaviorists and a member of the American Veterinary Society of Animal Behavior (AVSAB) Speaker’s Bureau and the American Veterinary Medical Association. Dr C is always working on new ideas to support animals, families, trainers, and veterinary colleagues as they learn more about behavior and manage animals with behavioral disorders. Work-life balance is her last unicorn. She is also on a crusade to rescue the Oxford comma. 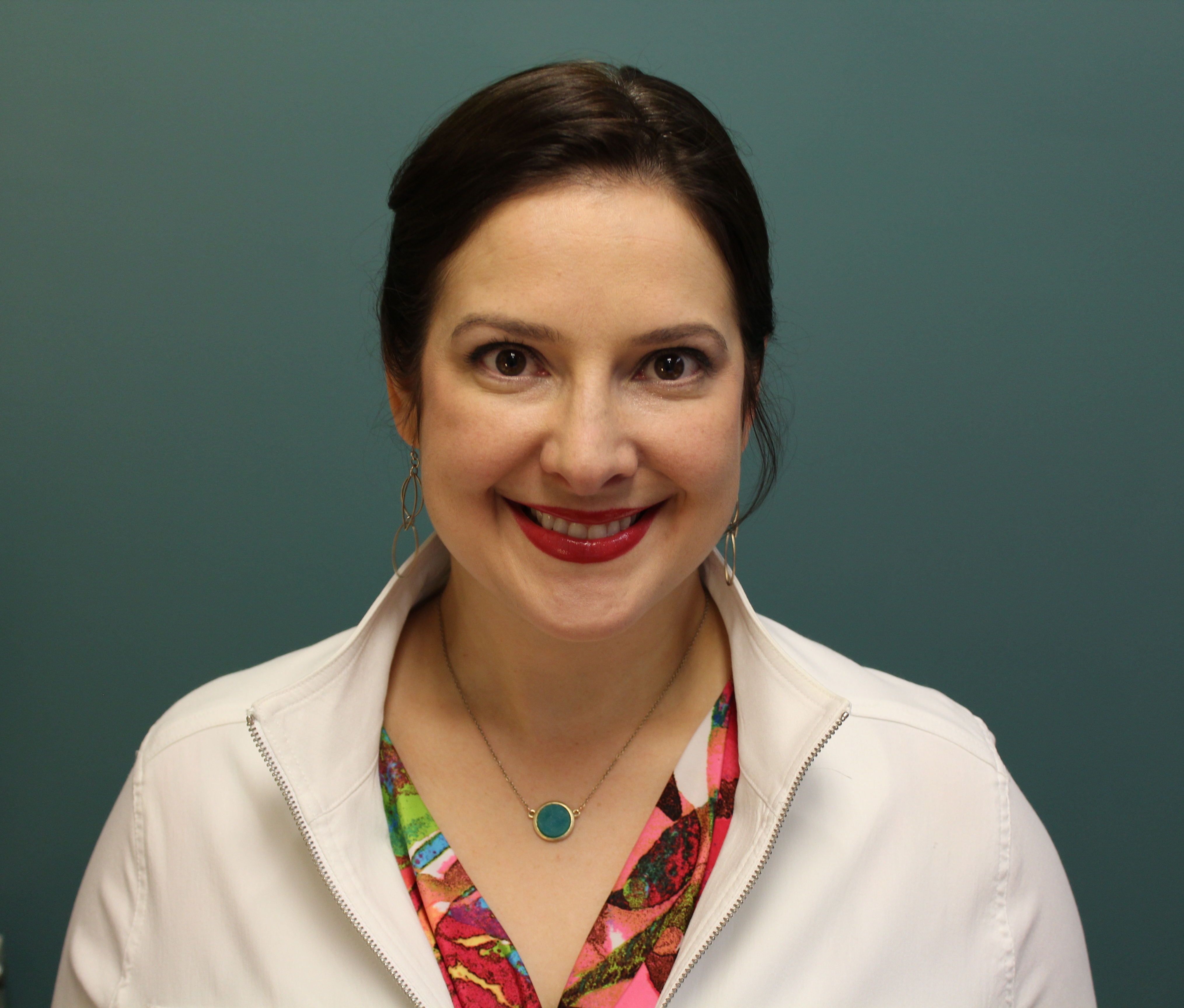 Bobbie Bhambree (CDBC, CPDT-KA) is the Director of Behavior Services and a Certified Dog Behavior Consultant at Behavior Vets. She is also a faculty member of CATCH Canine Trainers Academy and Agility University. Bobbie started her career in 2003 as a pet behavior counselor with the ASPCA Animal Behavior Center. While there, she implemented behavior modification programs for dogs who had been surrendered by the public or seized by Humane Law Enforcement. In 2007, Bobbie joined the Humane Society of Westchester, spending the next nine years as their shelter trainer. She created and implemented training and enrichment programs for the dogs, counseled adopters, trained volunteers, participated in community outreach programs, and performed evaluations.

In 2016, Bobbie joined the North Shore Animal League America in Port Washington, NY as the Director of Pet Behavior. During her tenure there, she managed a team of canine and feline trainers who focused on developing behavior modification and enrichment programs for the animals in the shelter. She also deployed for the ASPCA Anti-Cruelty Behavior Team to work in the field, supporting the team with dog fighting busts, puppy mill cases, and hoarding cases. In addition to this work, she founded and directed her own company, DogCentric Dog Training, helping people whose pet dogs experienced a wide spectrum of canine behavior issues. Bobbie presented at the Lemonade Conference, hosted by IAABC and Fenzi Dog Sports Academy, in February of 2022.

Over the years, Bobbie has very successfully competed in agility in various venues with several of her dogs including, Marvel who came in third for Performance Speed Jumping and Performance Grand Prix at Mid-Atlantic Regionals in 2019. Bobbie periodically contributes to the agility-focused magazine, Clean Run. She is passionate about working with dog sport teams struggling with behavior issues. Bobbie regularly teaches behavior workshops for the dog sports community. 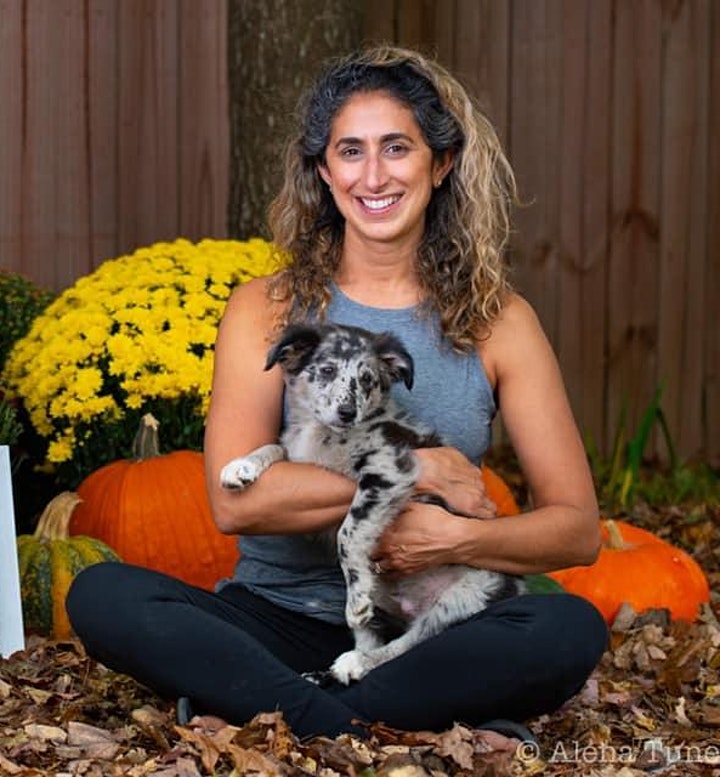